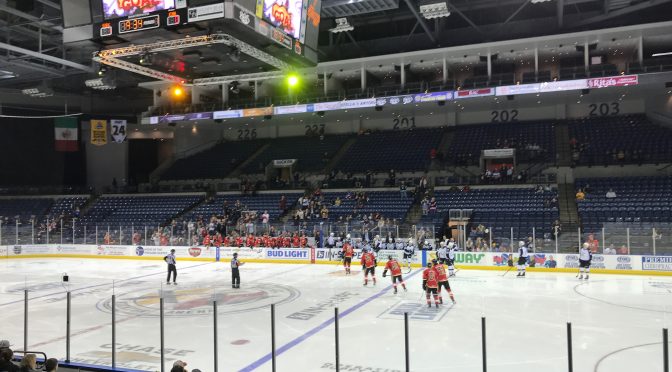 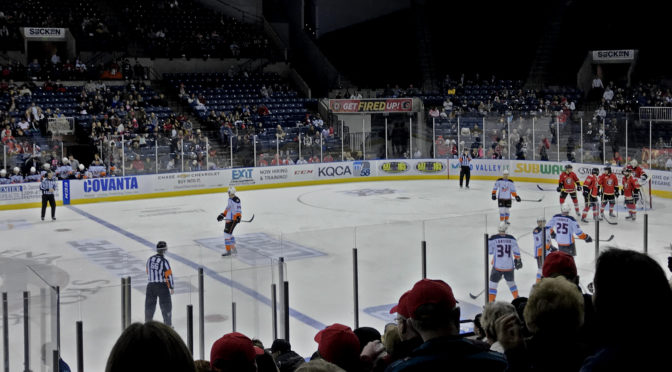 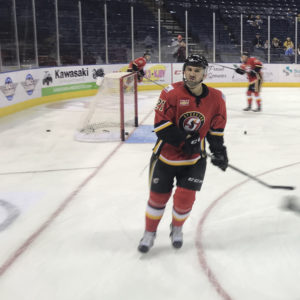 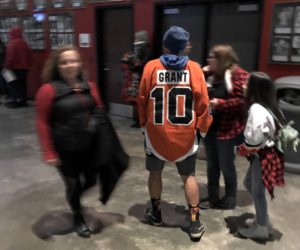 This year, five western NHL teams conspired to move their American Hockey League affiliates to California, with the idea that they’d be able to keep closer tabs on their prospects.

Four teams took the logical route, and located their new teams either in cities that already had teams in the lower-level ECHL or had a minor league hockey history.

The Sharks simply moved their Worcester Sharks into their own rink in San Jose to become the Barracuda.

The game experience was as desultory as my previous AHL experience, for entirely different reasons.

A lot of the things I hate about the game experience were the same: crappy loud rock was blasted at every. single. moment the puck is not in play; vast realms of empty seats both in front of and behind curtains lowered to hide even more empty seats.

San Jose added the pain by brightly flashing a strobe-type light throughout the arena every 10 to 15 seconds, perfectly timed to give me a headache. And the in-arena PA announcer substitutes volume for ability.

Adding to the desultory nature of things is the way the Sharks set up the Barracuda game experience at SAP Center.
Almost every concession stand was closed.
But the few that were open charged full NHL prices.
It took me until the third period to find the table where they were handing out game roster sheets.

The actual hockey game itself was good, and I appreciated being able to afford a ticket to see it up close (in contrast to Sharks games) but the environment in which I had to watch it sucked.

Fashion note:  San Jose played in orange uniforms that looked like practice jerseys. That allowed Bakersfield to play in their smart Edmonton Oilers-based white jerseys, further proving that I am correct in believing home teams should play in white.

Music criticism: Playing ‘Even the Losers’ sounds a bit desperate after the opponents’ fourth goal.

Attendance: claimed to be 5,872. Seems optimistic.

Name of the Game: Rob Klinkhammer of Bakersfield. The Name of the Game honor is strictly for most interesting-sounding name, but the Colonel potted two goals and an assist.

Say something nice: No lines for the restrooms. 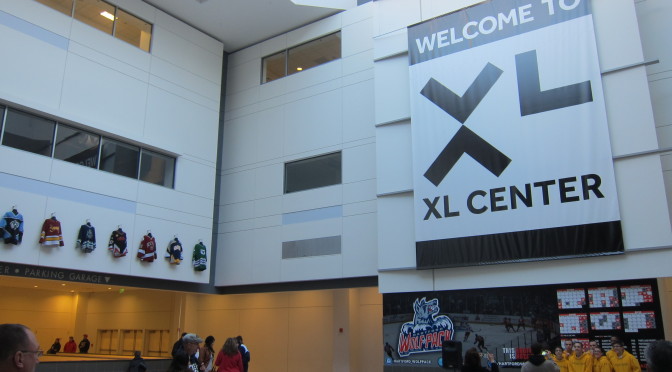