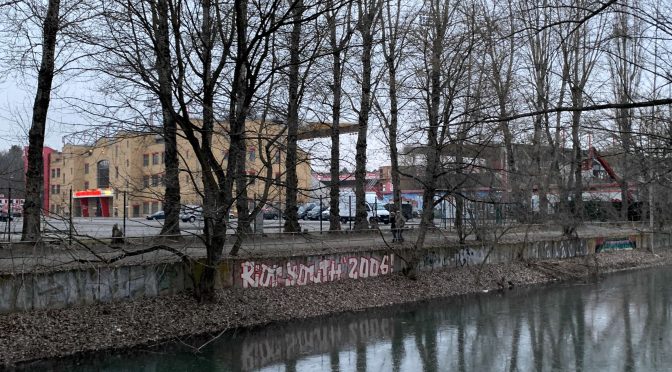 This book is definitely a niche product — niche inside a niche here in the U.S. where I sit — but I sit right in that obscure niche and this book is just about perfect for me.

Time was, not that long ago, that I realized, hey, this ESPN+ subscription I got to watch hockey games also gets me view every single Bundesliga game.

I love soccer, I’m underwhelmed by Major League Soccer, and my life’s circumstances have me up early on weekend mornings anyway so 6:30 am Saturday starts don’t faze me: I’ll watch the Bundesliga. 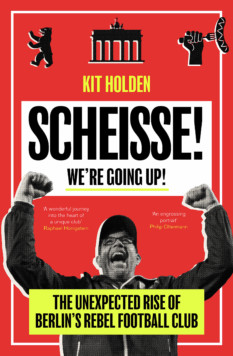 Then, I thought, this’ll be more fun if I pick a team. Can’t be a front-runner like Bayern. And I had (at the time) vague plans to visit Berlin.

Even a newbie like me could tell Hertha Berlin was a clown show. But Union Berlin — this recently promoted club that came out of the old East Germany — that seems interesting.

Well it was. The team plays with heart every week and is easy to support for that reason alone — but it is also far better at winning football games than I (or anyone, really) expected, sitting as I write this on top of the whole league a fifth of the way into the season.

And the scene at the stadium — even during the pandemic, with capacity limits — was clearly different than that of the other German stadiums I saw on the screen.

This book does a very good job of explaining the club and fan culture of 1. F.C. Union Berlin to a relative newcomer like me. It starting from its G.D.R. origins, putting a reality check on the rebel club mythology dating from those times when they were the institutional underdogs to the other major Berlin club, the Stasi-supported Dynamo, and continues though Union’s difficult times after the Wall fell.

What you will not find is an explanation of why the team wins so much today: that examination of Union’s Moneyball approach to European football would be the province of another book (in English anyway, maybe it’s been written in German).

The heart of his story is Holden’s long conversations and interviews with people involved in the club in various ways, over various periods of time, and from various perspectives.

While the club came out of the GDR, my take is that its identity today fundamentally stems from people who pulled together during the real tough times of the 90s and early 2000s when Union was at the financial brink, more than once, in the wild and ruthless football economy of the recently reunified Germany.

Holden’s theme is that what continues to make Union Union is its roots as a Köpenick neighborhood club, something that members and leaders hold on to even as its success and anti-marketing approach to marketing makes it attractive far beyond the woods and lakelands of eastern Berlin to people like me. And the question he poses, but can’t answer, is can Union maintain that as it soars to success on the field in a city gong through similar changes in its own right?

I hope they succeed.

‘Scheisse! We’re Going Up’ is published in paperback and ebook by Duckworth Books in the U.K. It is readily available in the U.S. an ebook through the usual channels. It was my good fortune that the Union Zeughaus sold me a paperback during a summer trip to Berlin before its official release date.